The original pipe organ installed in Grace Lutheran’s first building saw a few moves before finally settling in the current building. Refinishing some of the original façade pipes (which were found in the church’s attic) we designed and built a façade with contemporary touches. All new windchests and rebuilt regulators were installed to control 6 ranks of pipes. Space was a premium with a newly constructed classroom also sharing the small balcony, the 16’ Bourdon resides on its back on top of the classroom ceiling. The organ is controlled by a custom Allen L228. 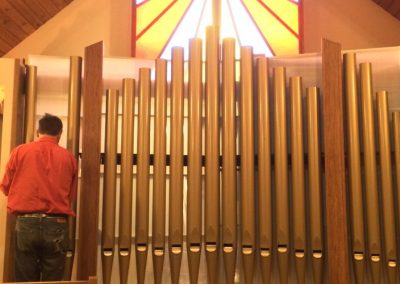 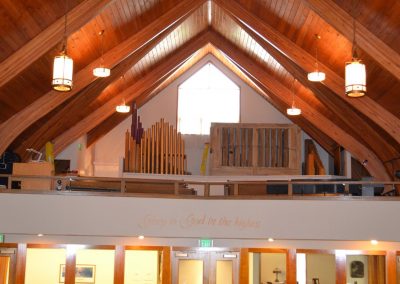 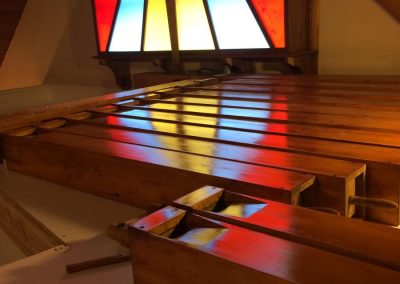 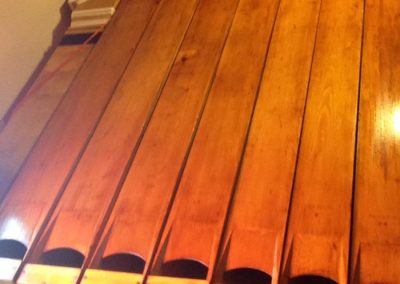 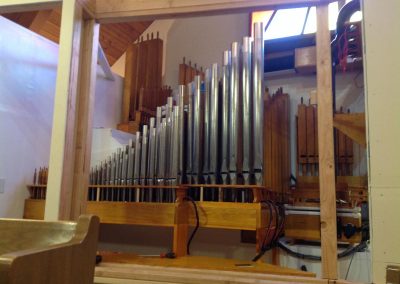 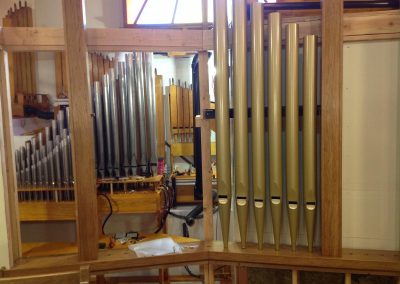