The original instrument was a combination pipe and electronic built by the Rodgers Organ Co. Several stops were short compass and clever “borrowing” was used to create the various choruses. The organ sat on the floor in the rear of the church which made for a very direct sound to the back of the congregation’s heads.

Elevating the pipes closer to the wood paneled ceiling helped the organ achieve an improved musical cohesiveness while projecting over the congregation. We worked closely with members of the church to design and incorporate architectural elements of the anctuary while blending in subtle symbolism.

All pipe ranks were filled out to create two independent choruses with a Fanfare Trumpet to crown full organ. The organ is controlled by an Allen G350 and is equivalent to 75 ranks. 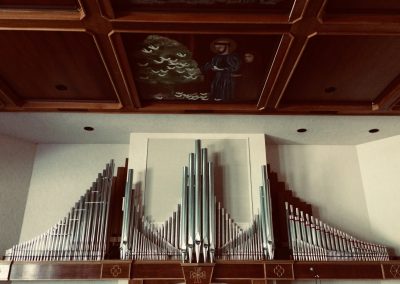 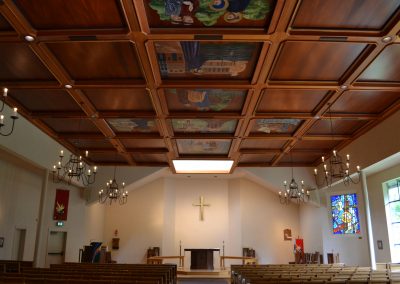 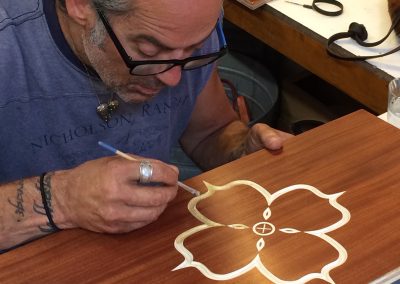 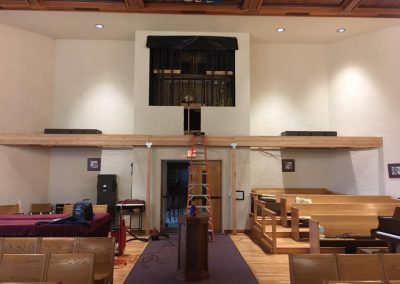 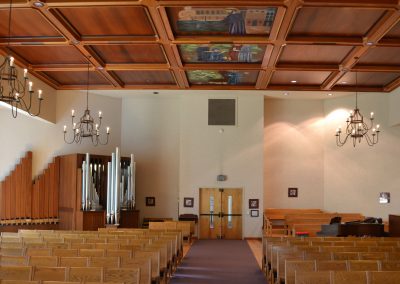