This organ is a fine example of instrument evolving to meet a changing and expanding church music program. Throughout this church’s 165 history a consistently maintained and excellent music program incorporating choirs, instrumentalists and handbells has been a core ministry. The church’s choir, began in 1851, is the first choir in the Oregon Territory.

Situated in the fourth building for this progressive congregation, the original 1957 Wicks Organ was designed by First Church organist Lauren B. Sykes and Charles Allen of the Wicks Organ Company in the American Symphonic organ tradition. It was supplemented by a new Antiphonal Wicks division and new console in 1968 reflecting the post WWII trend returning to the Baroque and Neo Classic schools.

Jonas Nordwall became the church organist in 1971 and has supervised the continuous development of this instrument. In 1976 additions were made to the chancel organ by the Balcom and Vaughn Organ Company supervised by William Bunch completing Principal Choruses in the Great, Swell, Choir and Pedal divisions.

In 1983 a new four manual console, built by the Van Zoeren Organ Company, a state –of –the-art solid state relay system built by K & S electronics and solo division were incorporated into the instrument. There were additional ranks added to the Solo Division from 1986 through 2003 as specific ranks became available.

Christopher Nordwall and Michael Ruppert became the organ curators in 1999. They were selected based for their professional skills to maintain the mechanical and musical integrity of a comprehensive, versatile large pipe organ.

In 2007 the Mary L. Collins organ was completely removed, renovated and enlarged. Design changes to the organ chambers were made to increase the organ’s clarity to the sanctuary and more additions to the pipework and overall tonal design were made increasing the instrument’s versatility.

Rose City Organ Builders was the principal contractor for the project. Zollman Pipe Organ Services of Wichita, Kansas was a sub contractor rewiring the entire instrument to a Uniflex computerized relay plus rebuilding the Wurlitzer windchests for the newly defined Solo Division.

The Solo division windchests were changed from direct electric action to rebuilt Wurlitzer systems as they provide the quickest response and most reliable action for high wind pressure use. As ranks in the Solo Division vary from 10” to 16”(water inches), new blowers capable of providing the increased wind supply were installed.

The remaining Chancel organ divisions are on 4’’ – 5” and the Antiphonal Divisions are on 3”. Carefully chosen and selected pipe ranks, wind regulation and tremulant systems are used for the Solo Division to provide a traditional American Classic element as well as a Gospel/Theatre Organ element required to meet the church’s various musical needs. The carefully designed specification provides a large symphonic style “String Organ” which is very rare in the Western US. Also a rare Fanfare division is incorporated to provide sonic enunciations at various sound textures and volumes.

With the Uniflex relay System the organ is MIDI compatible, plus includes recording, playback and editing capabilities for multiple organists. The Mary L. Collins pipe organ is without challenge as the most versatile, comprehensive pipe organ in a church anywhere in the world. 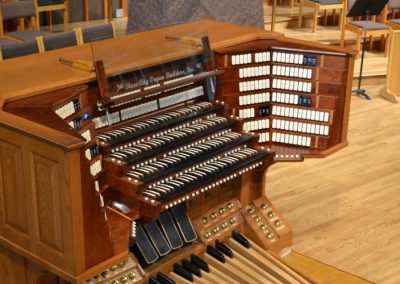 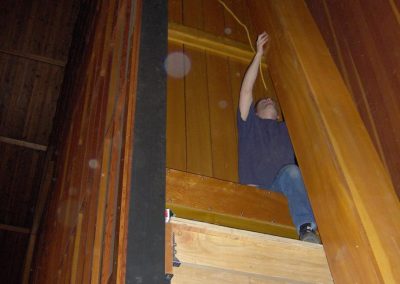 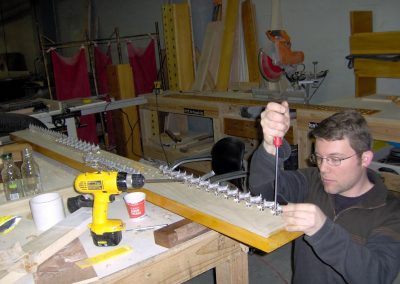 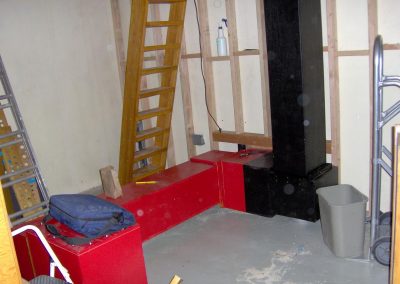 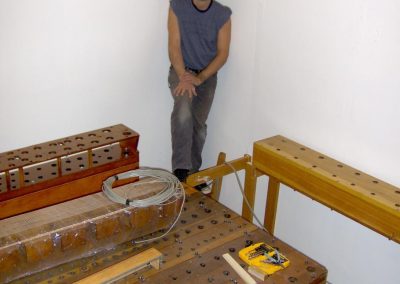 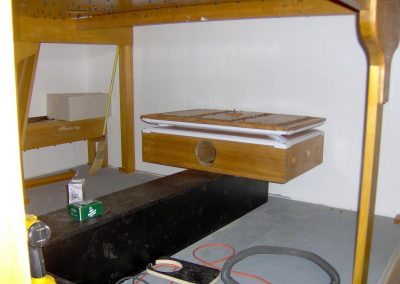 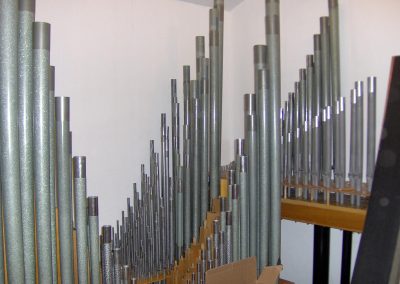 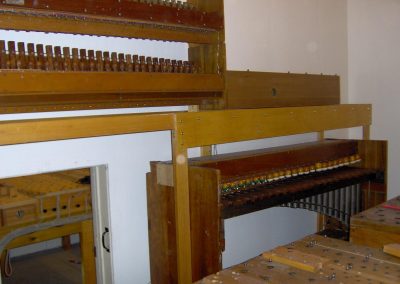 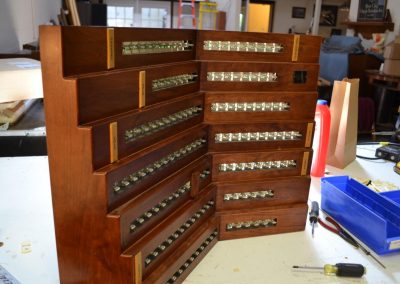